Announcement: Every Single Seed Has Been Updated to Minecraft 1.16 (Nether Update)

On June 23rd Minecraft has been updated to 1.16 (Nether Update). And I decided to update the seeds on Lookingforseed.com as well. It took me 35 days (it’s a bit long because I did it in my free time) to update all seeds.

In this post, I will show you any changes in the seeds and new features on the website (Lookingforseed.com) itself.

What are the changes in the world after updating to Minecraft 1.16?

1. Shipwreck and Ocean Ruin(s) now have a low generation rate compared to 1.15

Meaning you can barely found Shipwreck or Ocean Ruin(s) in the Nether Update. Well, I’m not saying that you won’t find it at all, those just become rarer to found.

Also, Shipwreck and Ocean Ruin(s) in java edition, most of them are gone or placed somewhere else after the update.

Because of this, some seeds become less appealing. But I will say though I think Shipwreck and Ocean Ruin(s) generation rate was a bit broken on the previous version. It easy to find them in Minecraft Java compared to Minecraft Bedrock at the time.

Every Village has changed after the update. The update makes Villages have a different amount of buildings, which leads to different variations of Villager’s jobs.

Most of the buildings in the Villages also have decreased.

These changes make some seeds more or less appealing.

I’ve been experiencing this during the time I was updating the seeds. Generated structure(s) that missing were Village and Pillager Outpost (I don’t know if there are other missing generated structures). But, this happens, rarely though.

It includes spawn point, generated structure(s), and its terrain.

Most of the new spawn point was too far from the original/old one. Because of this, it’s really hard to reach the generated structure(s). So I had to delete the seeds that have this issue. Despite that, this issue happens rarely.

2. Diamond Inside Ravine, Most of Them Gone/Replaced/Decreased

If you use one of my seeds that contain “X Diamonds inside the ravine.” You might want to forget about the Diamonds now. But, I’m not saying that Diamonds completely have gone inside Ravine.

Despite those 2 Changes, every Generated Structure still the same in Minecraft Bedrock. So, no changes to the Village Data, Shipwreck/Ocean Ruin(s), snowy biomes like the Java Edition.

I also update the website by adding new features that can improve the user experience. So here are the lists of changes:

1. I added Ruined Portal to the category.
So if you’re looking for a seed that contains Ruined Portal, you can find it pretty easy.

2. I added Images of Generated Structures for every category page.
It enhances the user experience and improves the visual as well.

3. I added a Structure Map for every seed (Java and Bedrock Edition).
I wanted this feature for so long. The purpose of the Structure Map is to give you a glimpse of where the Generated Structures located.

4. I updated all screenshots.
I think the old screenshots need to be changed.

5. I deleted some seeds that have become less appealing/useless.

I think that pretty much anything I can show you. Btw, why don’t you start browsing the updated seeds? want new ones? Don’t worry about it, it’s coming very soon.

How to Craft and Use Map in Minecraft 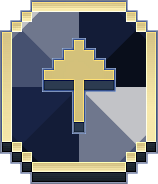